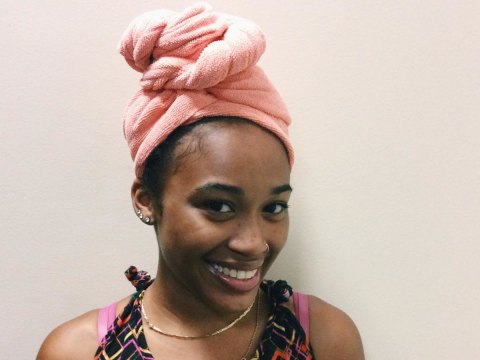 Diane's loan finished fundraising, but these other borrowers need your support

A loan helped purchase inventory to fulfill the large production orders for our innovative hair product.

Diane Da Costa - co-founder, DYAKIM, LLC I grew up in a large family with three sisters and two brothers with both parents in the Bronx, New York, where I was able to experiment with all facets of art from playing the piano, singing, drawing, and hair design particularly; braiding, cutting, and styling on my dolls starting early, then on family and friends at 13 years old. My mother always encouraged creativity, however striving for academics and a college educations was more important in my household. I completed a Bachelors degree in Business Administration with a concentration in Advertising and Marketing, and then went on to complete a Cosmetology certificate after 2 years of work experience in Public Relations/ Special Events. I chose to combine hair design and salon ownership to fulfill my entrepreneurial spirit. My grandmother was an entrepreneur, so I believe it has always been in my blood. I opened my first salon in Midtown Manhattan, after eight years as a top celebrity stylist. I closed the salon in 2001 after I had two car accidents that kept me in therapy for two years. Looking to change careers, I wrote my first nonfiction book, Textured Tresses in 2004, after 10 years in the beauty industry. I also creating my first line of curly hair products in 2006, but after the down turn in the real estate and stock market, funding for a start up product line was difficult to secure and sustain. I've been consulting with major product brands like, L'Oreal's Mizani and Carol's Daughter; Aveda, Design Essentials, Phyto and Phyto Specific to educate stylist on curly product knowledge, styling techniques, writing marketing collateral material, editorial content; and research development on curly hair products over the past seven years. I continued to regroup, save and open up a second salon in a smaller market in Westchester county in New York. I now own my second salon, SimpleeBEAUTIFUL CurlyTexturedBAR in White Plains, NY for the last five years. I was able to self-fund and launch SimpleeBEAUTIFUL Restorative Oil Collection in 2015 and it is sold online and in the salon boutique. Kim Christensen co-founder, DYAKIM, LLC I was born in Los Angeles, moved with my mother to New York when I was 12 yrs old. I basically grew up and lived in New York until 1993, and I loved it!! I grew up in a single parent home, and my mother always stressed the importance of being well education and being your own boss. My grandmother was a beautician and had her own business, and my uncle owned a tailor shop, so being an entrepreneur was more possible in my mind than not. My mother always told me that people would pay me well, but no one would ever pay me what I’m worth! I have always had an entrepreneurial spirit. The point of going to college was never to get an education just to have a well paying job, but to get an education, so that I could gain experience, and a clear understanding of my chosen field, and have my own business. I graduated from Parsons School of design in New York. In the early 90’s I began my career as a clothing designer for Anne Klein II (shoe and Jewelry for Anne Klein II). I moved back to Los Angeles worked as a designer for Carole Little in the sportswear division; first official designer for Army Air Force Exchange Services. Then, I became a head designer at May Merchandising, Sr. designer at J.C Penney /Private Brands, Worthington. I’m currently working with a small organic clothing company based in Los Angeles. I have 20+ years of experience/knowledge in the garment. My future dreams are to partner with a group to create garment and accessory manufacturing in Africa and Cuba. It would help build an economic base and empower countries that have been overlooked as a source for international manufacturing. I have had people approach me about a partnership, but I believe that partnerships are like marriages, both people have to commit to working hard at making it successful and equally yoked, which is how Diane and I came to create DYAKIM, LLC