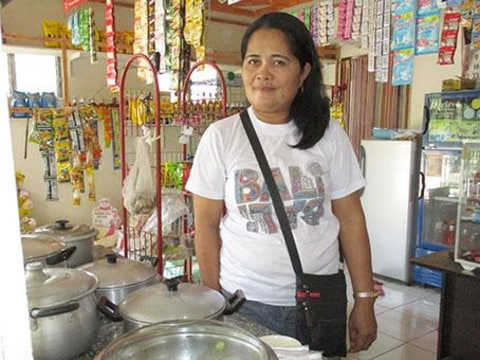 A loan helped to purchase more stocks to sell in her general store.

Colita is 47 years old and married, with three children.

She works hard to provide for her family. She runs a general store in the Philippines and requested a PHP 23,000 loan through NWTF to purchase more stocks to sell in her general store.

Colita has borrowed and paid nine loans from NWTF before this loan. She has been running the general store for three years and also earns an income from food vending.

She successfully paid back her previous loan and is now requesting a new loan to further build her business. Colita aspires to save enough money so she could afford to send her children to college.