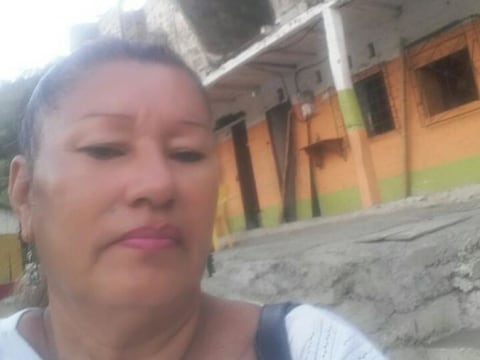 A loan helped to buy groceries and kitchen utensils.

Gladys lives in the Leónidas Plaza part of the city of Bahía de Caráquez. She is a single mother with two single daughters of 16 and 18 years old who are in school. Additionally, two grandchildren of 4 and 6 years old are under her care. The area where she lives was affected by the April 16th earthquake. Her house was split and some walls fell down. She lost most of her belongings in her home.

She worked selling food in the Canoa compound - a tourist area well traveled by national and foreign tourists. It has a few precious beaches that were also shaken terribly by this natural phenomenon. Her business was left completely devastated and she lost everything. Now she needs a new loan to again start a business, support her family in that way and give her two grandchildren an education.