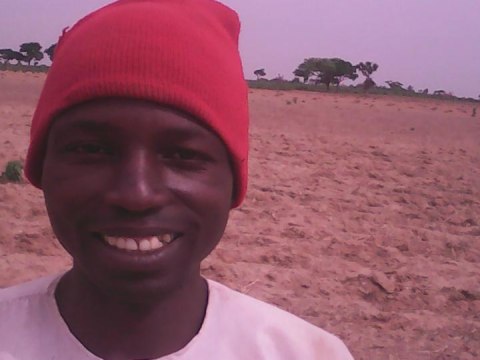 Abdulkadir, a Babban Gona maize farmer, is a married and lives in a modest mud house with his family in Mai Audiga village. Abdulkadir is a meticulous farmer who has invested time and resources on his farm and like every parent, hopes to see his 3 children work twice as hard and become successful in the future. Previously, despite toiling for long hours on his farm, Abdulkadir was only able to feed his family 2 meals a day. Now that he is a Babban Gona member, Abdulkadir can improve his yield and as a result feed his family, through access to high quality inputs, such as fertilizers, herbicides and better yielding seeds. Luckily, as a Babban Gona member, Abdulkadir will be provided with a full suite of the best inputs to optimize his farm and increase his yields up to 3.5 metric tonnes per hectare; 2.3 times the national average. With increased yields and income of up to 3.5 times the national average, Abdulkadir looks forward to using his additional income to pay his children's school fees. Abdulkadir is a happy Babban Gona farmer and holds when he joined Babban Gona and became a successful farmer as his best memory as a Babban Gona member. Abdulkadir looks forward to a brighter future with Babban Gona as his too has joined the fight against poverty.