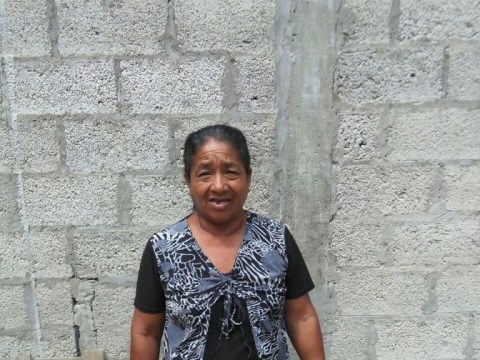 Marianita lives in La Inmaculada barrio in the city of Bahia de Caraquez; she is 65 years old. It is with great pain that she remembers the terrible earthquake of 16 April 2016 when she lost her dear husband when the roof and walls of their home collapsed.

Marianita is now living with relatives and trying to move forward. Before this misfortune, Marianita had a very good level of stock, which had been increasing with the help of loans as theyyears went by. However, this stock was also greatly damaged and Marianita lost a lot, including the structure of her premises. Marianita also lost perishable products owing to the lack of electricity. Marianita wants and hopes to receive another loan in order to recover her business and some financial stability.

The most difficult about moving forward for Marianita will be surviving emotionally without her husband.