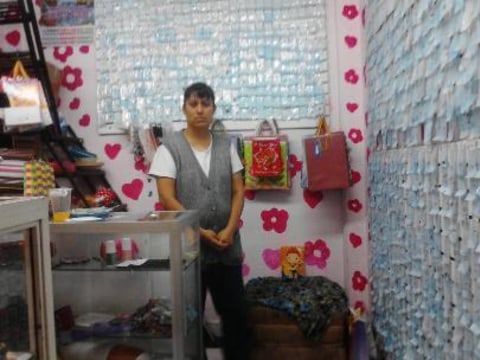 A loan helped to build a new room at her house.

Nelly is a 38-year-old woman. She is single and in charge of raising a young boy. She lives with her brothers at a place that they own, which initially belonged to her parents. To make a living, Nelly runs a catch penny stand that she owns. At her stand, you may also find some decorations for the house. Nelly is asking for a 20,000 MXN loan, which will allow her to build a new room at her place. She thinks it might come in useful when her kid grows up.