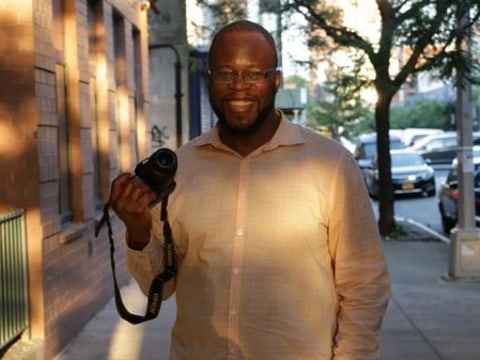 George's loan finished fundraising, but these other borrowers need your support

I grew up in Fort Apache South Bronx, New York and began working with technology in 1984. I took on a summer job at my former Junior High School teaching BASIC programming to students. With my love for technology I sought out work in the banking industry starting at Dollar Dry Dock in the Bronx and later Freedom National Bank in Harlem as a ATM specialist and a network administrator. In 1994 I started Ujamaa Communications, Inc. while working at Pfizer Inc. as a team member supporting 250,000 users worldwide. These experiences inspired me to donate my time building network and computer infrastructures in the South Bronx. In 1999, I was certified as a Microsoft Certified Engineer and in 2004 I joined the New York City Department of Parks and Recreation as a Technology Instructor for seniors, afterschool children, and adults pursuing computer literacy. I also operated the Media room at the Brownsville Recreation Center in one of New York toughest, yet most deserving communities. What I enjoyed most was the Youth Media team where youth interviewed the NY Mets and Brooklyn elected officials. In 2005 my team and I Ujamaa Communications, Inc. opened its doors at 2386 Adam Clayton Powell Blvd in Harlem in 2005. We served the Harlem community for more than 5 years. In 2009 I was honored to received the Charles B. Benenson Award as Entrepreneur of the year from Project Enterprise. Today I provide Media consulting services through my newest venture, DigitoralMedia.NYC, primarily to small business owners with five or fewer employees. I enjoy helping entrepreneurs become competent in the use of technology and media to engage their market and grow their businesses.