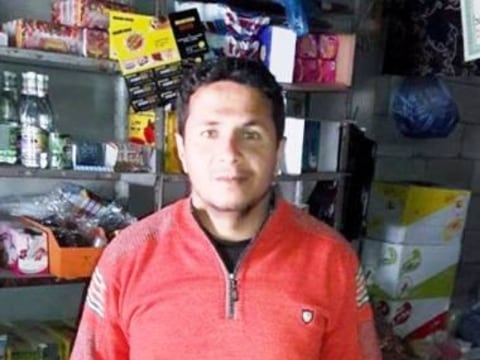 A loan helped to buy a new refrigerator for his grocery store.

Mustafa is a 35-year-old married man from Khanyounis city in the Gaza Strip, which has had an economic blockade imposed by the Israeli authorities since 2007. He is a father of two sons and two daughters. He works as an employee in the public sector where he gets a low income. Mustafa also has a grocery store where he sells basic grocery products. Mustafa took a USD loan from FATEN. This loan will help him to buy a new refrigerator for his grocery store. With this loan, Mustafa can buy more cold soft drinks for his store to resell, which is popular because Gaza can get very hot! Mustafa appears in the photo.