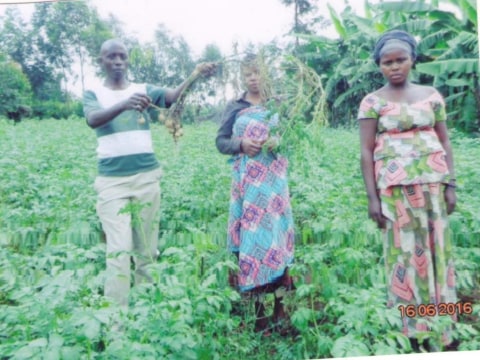 A loan helped to rent a field and buy fertilizer and seeds.

Raymond is the coordinator for the association called ADCS. He and his team have asked for a loan to make it possible for members to do market gardening, growing potatoes. The association was formed in 2011, attracted by the profitability of this crop. Thanks to dues paid by the members, they got the business off to a start, and it boasts among its assets a school and a little clinic acquired thanks to the income from growing potatoes.

Despite inclement weather, insect pests, and markets to sell the crop, Raymond and his team would like to become major producers in the region. In the photo, Raymond is the man holding a potato plant in his hand.