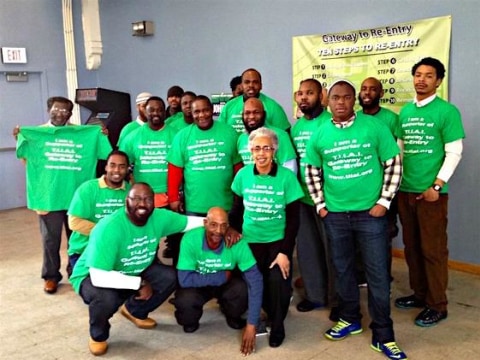 A loan helped publish and market books written by our nonprofit focused on re-entry for those currently incarcerated.

My name is Tracey L. Fisher and I was born and raised in Philadelphia. I had an engaging childhood, where I spent part of the year living with my grandparents, and interacting with my family members. My grandparents, friends, and family members provided me unconditional love, and helped me become the person I am today. When I was growing up, my parents were both business owners. My mother graduated from Temple University with a masters in Business Administration, and owned her own boutique, while my father owned several businesses. I was close to both of my parents, spending time with them at their stores, desiring to head down that path for myself. After I graduated from high school, I got caught up in the so-called glamour of the Philly streets. I ended up getting arrested when I was 21 years old on a variety of charges, and was sentenced to 25 years in Federal Prison. While in prison, I had time to reflect, and become a different man. I acted as a spiritual guide and life coach to other prisoners, trying to influence a community of men that would not repeat the same mistakes that had landed them here. I was released in 2012 and started my own non profit, Gateway to Re-Entry where I work with returning citizens to help ensure they stay on the straight path, and help them find employment.