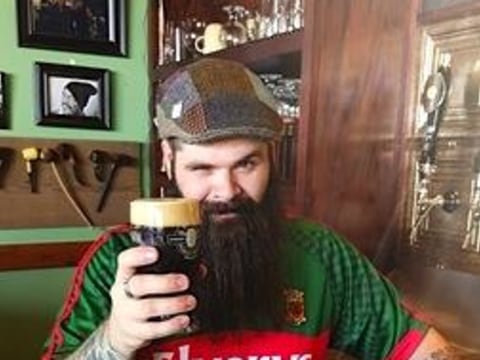 Pugs's loan finished fundraising, but these other borrowers need your support

A loan helped gain working capital to keep inventory well stocked, pay off contractors, and keep a cushion in the bank account.

When people ask where I grew up I tend to say, "In a booth". I grew up in Monticello, MN and spent a great deal of childhood inside my grandmother's restaurant. There I learned early on while watching how my grandmother interacted with customers and treated her staff. Although, I never was old enough to work as an actual employee I feel as though I received something far more greater than just learning how to properly cook a hamburger or roll dough with both my mother and grandmother for those signature caramel rolls that people still talk about to this day. I was given the opportunity to observe, be a part of the experience by filling in where needed even if it was for fun, and start learning my grandmother's work ethic within the business at an early age, let me tell you she knew how to be a boss after all she was a WWII vet and a Sgt. at that. As the restaurant came to an end I was entering into High School and I had no idea what I wanted to be. Although goals and dreams shifted often, one thing was for certain music became my passion. I learned basic guitar from lessons and from there starting teaching myself. I played in a few bands and had some meaningless fun. After High School I decided I should really focus on a career, I started Business School with Rasmussen but just after one quarter I quit, I was young and confused. I worked a few dead end jobs that paid the bills but it was there that I really started learning more about myself, about myself as an entrepreneur. I started realizing that all these jobs had something in common, the fact that I was unhappy, quality of life was low, and plain and simply put I could not stand working for someone else. I felt the stress and pressure from boss's in every form and decided it was time to focus on my life...more importantly my path, my legacy. I decided to get back into school and finish what I had started. I graduated with a degree in Business Management and went back for more and received a major in Rasmussen's Entrepreneurship program. This was an exciting time for myself. I got married to my High School sweetheart Johannah. We have two children now, Jett who is 7 and Finn who is 4. During my time in school I started writing a rough design for a dream I had. I focused all my efforts and assignments towards this dream...this dream that stemmed from all those amazing years with my grandmother and her restaurant...Hayes' Public House. I also got into homebrewing beer with my good buddy. Brewing beer went from hobby to passion within a couple months. I knew I had something I could add into my "Irish Pub" concept. I was also fortunate enough to meet some pretty amazing people in the restaurant industry who quickly became mentors and friends. As the craft beer industry continued to boom in Minnesota laws and regulations were changing as well. These changes opened up new doors for guys like myself that were stuck in the basement or garage and now could get into a building and start selling their product.