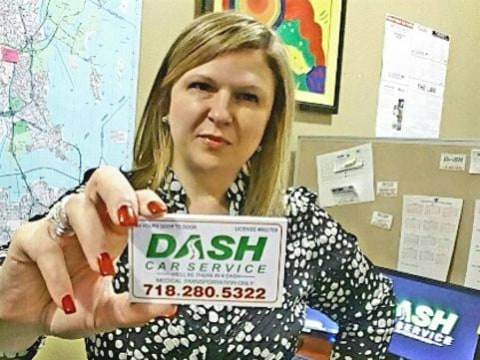 Nancy's loan finished fundraising, but these other borrowers need your support

A loan helped expand our operations through increased marketing and new employees.

My name is Nancy Hall and I am the oldest of two daughters in a single parent household in New York City’s upper West Side. Even though the rents were higher than other neighborhoods, my mother always struggled to live in areas where the school districts flourished so I would meet positive peers and have a better education. When I was old enough to move out on my own, I discovered the Morris Park neighborhood of the Bronx. It has been my home for over 18 years now where I’ve raised my daughter, made friends and developed strong ties with various community boards and local associations. While I attended Fordham University's undergraduate program in the evenings, I simultaneously worked by day in the restaurant industry. I eventually transitioned to the financial services industry, but after decades of working for others I decided it was time to follow my own entrepreneurial spirit and branch out. After talking over a few ideas with my mother and looking around my own neighborhood, I realized there were very few car services in the area; Manhattan was full of yellow cabs, but once you reached the outer boroughs getting a car was a challenge so I started to research the process of obtaining a NYC TLC base license. I quickly became engulfed in creating a business plan while simultaneously making connections with local leaders, community activist, politicians and the like. Before I knew it and with little visibility or expertise, I was on my way to signing a lease and filing an application with the TLC to start the process. According to my business plan, I initially founded DASH Car Service thinking we would be a general car service for the neighborhood, but I quickly realized there was a more specific niche where DASH could thrive and be of service to a more fragile community, the sickly and elderly. After researching the industry and listening to the experience of local medical facilities, patients, drivers and transportation brokers, I quickly realized I could refine DASH’s approach to the industry and give it a more personal touch, thus achieving a more positive outcome for everyone involved but most of all OUR PATIENTS. It was at this point that I decided DASH would focus solely on providing excellent medical transportation services. This transition quickly came together since the location of DASH was inside one of New York City’s largest medical communities housing Albert Einstein College of Medicine, Jacobi Hospital, Montefiore, North Central, and the like. Once again, I began researching how to obtain medical transportation contracts and before I knew it, DASH was obtaining standing order after standing order. Today, DASH has over 100 standing orders with patients throughout the Tri-State Area. In addition, I am proud to say that I have founded one of the few female-owned medical transportation companies in the Bronx in a predominantly male-dominated industry.