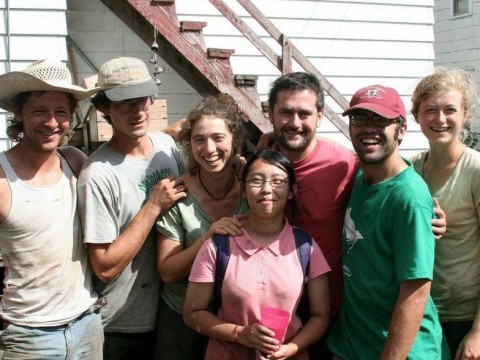 A loan helped purchase a dump trailer that will help us build compost from urban waste streams such as local breweries and a refrigerated box truck to store and deliver produce.

Hi Kiva Zip lenders, We are a small team of people committed to building a more just food system and city through the work of running a small diversified vegetable operation in Minneapolis Saint Paul. Stone's Throw Urban Farm began as a merger of three urban farms in an effort to aggregate the space and resources needed to build an economically viable small business. The farm is structured as limited liability partnership, run by three partner/owners and pursues a for profit production model to affirm our collective believe that growing food should be a viable livelihood that fairly compensates labor. My name is Caroline. I began working with Stone's Throw last season, as one of the farm's first employees. While I had originally planned to go into the fields of urban planning or architecture, I'm interested in how the farm can similarly consider the connections between built environment, economy, and social justice, as we work to reinsert agriculture into the city.