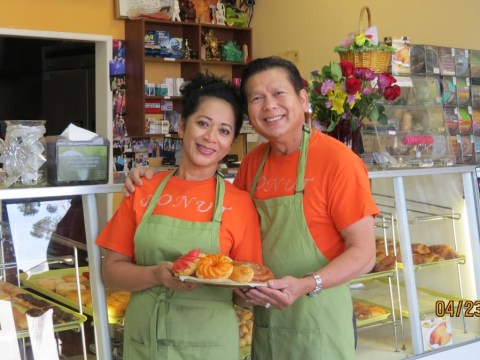 Uy's loan finished fundraising, but these other borrowers need your support

In 1982, I made the most important decision of my life when I decided to flee communist controlled Cambodia. In the 7 years leading up to that decision my country had been torn apart by communist factions ruthlessly vying for power by any means necessary, even resorting to unspeakable atrocities such as genocide. Needless to say, the Cambodia people suffered immensely during this period. I was lucky enough to escape to Thailand and spent the next two years in a refugee camp until 1984, when my dream of making it to the United States finally came true. It had always been my dream to pursue a better life in America because I knew that if I worked hard that anything was possible. I landed in Oregon but after a few short years we once again moved and made my way down to sunny Los Angeles. I worked and saved up for almost 15 years before I finally had enough money to purchase my own store. In 2003 my American Dream became a reality when I opened Super Donut House on Sunset Blvd in the middle of Hollywood. Although I could not be happier, I still have dreams of continuing to grow and eventually opening other donut shops across Los Angeles.