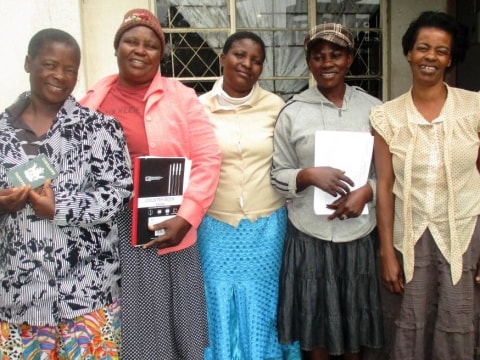 Maoresa Group's loan finished fundraising, but these other borrowers need your support

A loan helped to stock snacks for wholesale and to roof her fowl run with a carrying capacity of 150 birds.

Some end their day with their loved ones, discussing daily experiences before sleeping. The story is different for Anna who finds herself busy serving clients as the supermarkets close around 8 p.m. In her business story, this is her opportunity for making money as most people continue shopping until up to 10 p.m. This is very common in Harare as most bachelors would be coming back home from work and families would be preparing for the early meal for the next day, before going to work and school. Anna is a 56-year-old widow and resides in one of the oldest high-density suburbs of Harare called Highfield. She stays with her two grandchildren, whom she takes care of.

Anna is a member of a vibrant group known as Maoresa, meaning the ones who have broken a record. From its inception the group has been a 4-member group, and they have continued united and have added another member to become five at this third loan. The group’s solidarity has passed the test of time. Through difficulties, the group remains intact and they have continued helping each other out, be it in their businesses and their social life. The other four members in the group have roadside stalls selling fruits and vegetables and cross border trading and one has a canteen business.

Anna used her loan well and improved her stall size and advanced into chicken rearing. With her current third loan she is planning on increasing to stock snacks for wholesale and to roof her fowl run with a carrying capacity of 150 birds at her home. She has taken a loan amounting $400.