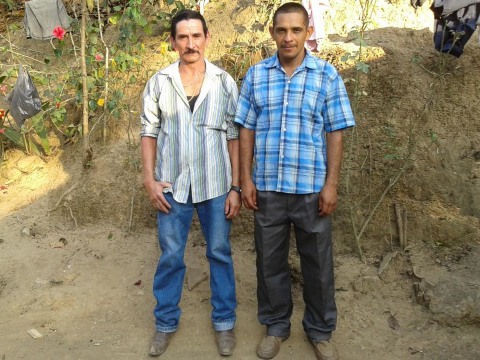 A loan helped to buy a solar energy system for his house.

Santos is a very responsible and hardworking family man, devoted to his family and his work. He makes a living growing coffee in small scale and has done this activity for 15 years. He is currently growing 3 manzanas (5.16 acres) of coffee. His product is sold in shops in the city of El Paraíso. Santos is requesting a loan to buy a solar energy system of 80 watts because he wants a change in his life by having this electricity project at home. He wants to be updated on what is happening in the country and around the world by listening and watching news, entertainment programs, and others, now that common media, such as Radio and Television, are easily available. He wants to avoid costs and walking long distances to charge his mobile phone, which has been become a medium widely used in recent times. He is asking for a loan as a group together with Henry who makes a living growing coffee. Honduras, April 2016