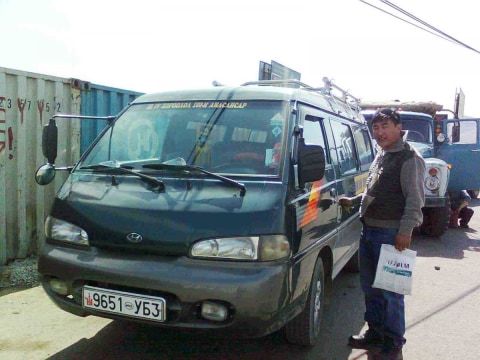 A loan helped To fix his mini bus.

Luvsandorj R. is a thirty-eight-year-old single man who lives with his parents in the Bayanzurh district of Ulaanbaatar, the capital city of Mongolia. His parents are both retired and stay at home. Since 2000, Luvsandorj has been driving a mini bus along various city routes. He currently has two mini buses that serve different routes. He drives one mini bus himself and has hired a temporary driver for the other mini bus. He hopes to get married this year and settle down with his own family. He requests a loan to repair one of his mini buses.