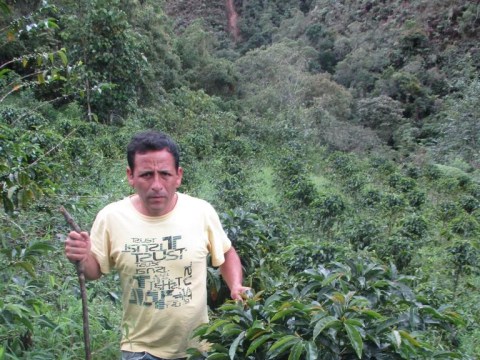 A loan helped to invest in the upkeep of his 1.5 hectares of crop.

Segundo Eloy is 52-years-old and lives with his partner in his own home with their three young children. They live in the Santo Tomás district in Cutervo, in the department of Cajamarca in Peru. He has many great professional references as well as personal references from the other inhabitants of the neighbourhood, the majority of whom make a living from agriculture, trade or livestock. Segundo Eloy makes a living from agriculture, specifically from cultivating the coffee variety Catimor. He has had 1.5 hectares for four years and has over 14 years of experience in this line of work. Additionally, he makes a living from breeding calves, as well as breeding small animals such as hens, guinea pigs and pigs, and cultivates basic food crops such as agave, banana and taro for his own consumption, which he occasionally sells. The credit will be invested in the upkeep of his 1.5 hectares of crop therefore ensuring the next season which begins in the next few months, giving Segundo Eloy a greater income in order to improve his and his family's quality of life. Segundo Eloy is a recurrent member with Edpyme Alternativa.