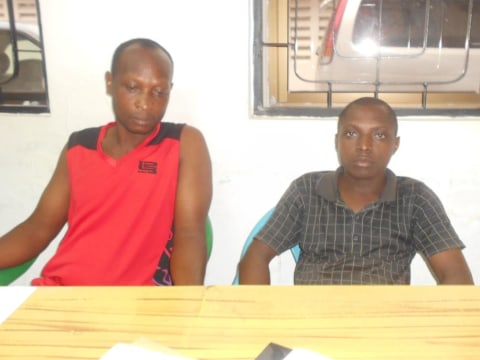 A loan helped to buy best-selling items like bars of soap, bread, groceries, packets of matchboxes, candles, kerosene and cans of cooking oil for sale.

Rashid is married and he's the father of two little daughters. He is in his mid thirties by now, and he works as a shopkeeper at his three-year-old village shop. He normally opens his little store at 8 am and closes at 9 pm every working day. He's making some great profit.

This will be Rashid's second loan from Tujijenge Tanzania. He used his previous loan as capital for expanding his little retail store. He bought bars of soap, boxes of powder soap, cans of liquid soap, cartons of water, baking powder, sembe flour [maize flour] for making ugali, and wheat flour for making chapatti. With the profit he made, Rashid covered household expenses and supported his family. He really appreciates Kiva for the good support given to his loan group, "Ujasiliamali", which is doing great as well.

Rashid is applying for this loan to replace out-of-stock items like liters of kerosene, bars of soap, bread, groceries, packets of matchboxes, candles and cans of cooking oil for sale. He will share this loan with his fellow loan group member, and they will hold each other accountable for paying back the loan.