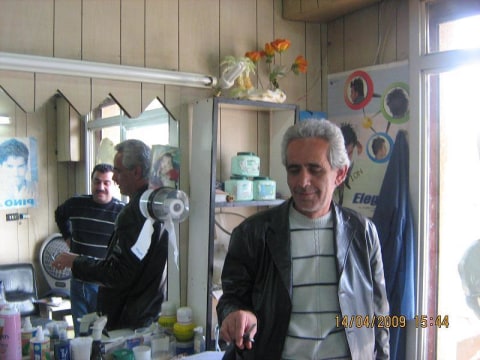 Moufid's loan finished fundraising, but these other borrowers need your support

A loan helped Moufid will use the loan to purchase tools for his salon.

Moufid is a 54-year-old man who lives in Aley, Mount Lebanon, with his wife and their three children. Moufid has owned a barber shop for 30 years. He requested a loan of $1,000 from Kiva's partner Al Majmoua in order to purchase tools for his salon. This is his third cycle and he has always paid on time.

His previous loans helped him improve his work. Moufid is special in his work because he knows how to treat his clients. His clients are his friends and neighbors. When he first started his business, he had difficulty building networking. Ziad decided on doing his business because he wanted to have independent work. In the future, he plans on expanding his store.