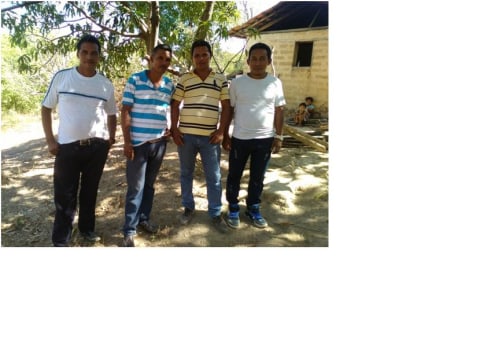 A loan helped to purchase corn, sorghum, beans, and more.

Martires, over 40 years old, is an enterprising, humble and very hard-working person, who lives with his wife and child. His source of income comes from his business which consists of buying and selling grains. The time that he has been doing this work is 11 years, he has his sales location in his house, and his customers are his neighbors and other people who live in neighboring communities. Due to the drought, and that there wasn't a harvest, he is investing more to satisfy his customers' demand.

Martires, with that loan that he is requesting, will purchase corn, sorghum and beans, since this will allow him to expand his inventory to give his customers better service, and so, to sell them the quantity they need.

His dream is to expand his business to meet his customers' demand. This is his second loan with Prisma and Kiva and he hopes that it continues offering him the support he needs so much.