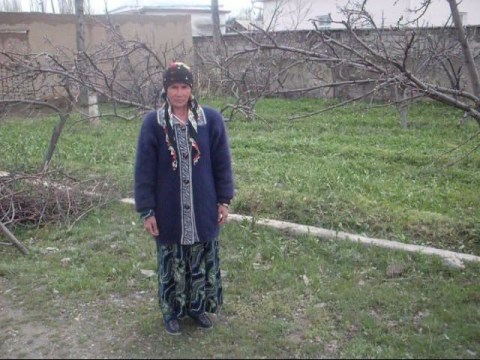 Baglon's loan finished fundraising, but these other borrowers need your support

E. Baglon is a widow who on a daily basis seeks the betterment of her dearest son. She works with great effort for them and wants to continue to do so to build a prominent and promising future. Ever since she was a little girl, she has been dedicated to farming activities. She was raised this way and has been a stable source of income until this day. For more than 12 years Baglon has been growing some production on her land with the help of her son. To continue to work and to obtain a very good quantity and quality of crops Baglon wants to borrow money for growing potatoes and onions on her land. For that she needs to purchase seeds and fertilizers. Let’s show solidarity to this selfless mother that looks out for what is best for her children.

Tajikistan is perhaps best known for its rich history, which includes a key post along the Silk Road; the end of Alexander the Great's rule; and with it’s famous great thinkers, philosophers, scientists and poets as: Rudaki, Ibn Sina (Avicenna), Firdousi, Omar Haiyam, Jomi, Mavlavi Rumi and many others. The country is home to communities that still speak the ancient Sogdian language, epic mountain passes, and a civilization that dates back to the 4th millennium BC. And, even today, it is a complex mixture of the Islamic faith, Soviet culture, New West culture and Central Asian traditions.