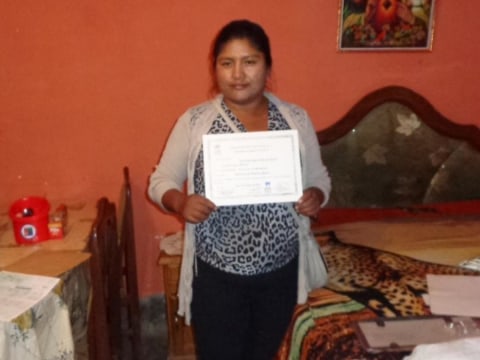 Lisbeth's loan finished fundraising, but these other borrowers need your support

A loan helped to buy a vehicle (taxi) to provide better transportation services and earn more income for her son.

Lisbeth is a hard-working woman who always had difficulties getting ahead. She is a single mother since her son's father did not work nor help cover her son's expenses. So with the help of her parents Lisbeth bought a taxi for her son's father to work since he complained about having no job. The sacrifice was in vein, however, since he worked for another family he had. When Lisbet found out she complained but he left with his other wife and children to another province, leaving Lisbeth and her son abandoned.

But having the car she decided to learn how to drive and started work as a taxi driver. Despite the inconveniences she continued the struggle and now runs a taxi service. She wants to buy another vehicle and is requesting a loan so she can give her son a better lifestyle and help her parents because of how much support they gave her.