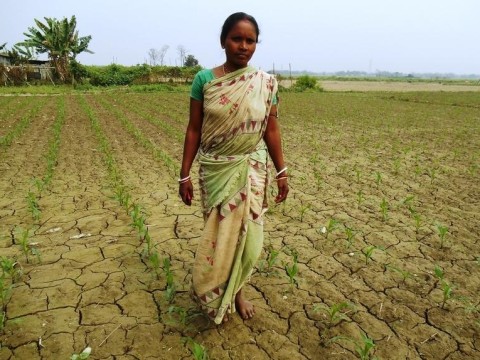 Lalita's loan finished fundraising, but these other borrowers need your support

Thirty-two-year-old Lalita is an Indian rural housewife who always thinks about the best for her family. She resides in a small village called Jogendrapur in Falakata with her husband and two children (one son and one daughter).

She studied up to fifth grade but she wants to provide a good education to her children. They are studying in grades 8 and grade 10 respectively.

Lalita's husband is a farmer by profession. He has been associated with cultivation for years, so he acquired lots of experience in farming. Lalita also assists her husband in the field work. Earlier, they used to grow different types of vegetables and crops in different seasons, but now they are thinking of growing maize on their productive land.

Throughout the world, particularly in developing countries, the diet of populations is based on the consumption of a cereal grain, usually maize. These types of basic foods are full of nutrition and also have an international value, so nowadays maize is very much in demand in markets.

They want to cultivate maize and sell it directly to the market shops, but because of lack of financial inputs, they cannot start this maize cultivation. For that reason, Lalita applied for a loan from Kiva's field partner, BJS, to buy agricultural supplies such as seeds, manure, pesticides, etc., to cultivate maize.

Lalita wants to thank BJS and Kiva for their financial support.