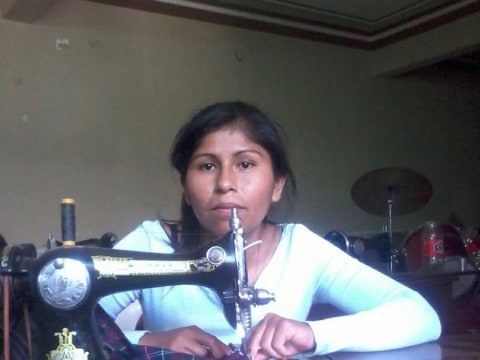 Delma is single and doesn't have children. She currently lives in her older sister's house. Delma has worked and studied since she was an adolescent since her parents could not support her since her father was sick for some years and could not support his children, so they decided to work and get ahead. Delma was trained in a sewing center and also worked in several workshops, specializing in sewing athletic clothing. Delma asks for the loan to purchase industrial sewing machines, an overlock machine and a large straight stitch machine. She will also purchase fabric in bulk, and in this way will be able to minimize her costs and increase her income. She is an enterprising woman who hopes to establish a large workshop where she can also support various women who need it, in addition to supporting her parents and improving her family's quality of life. She currently is completing jobs for various schools, but she doesn't have sufficient sewing machines and material to be able to complete all the orders she has.