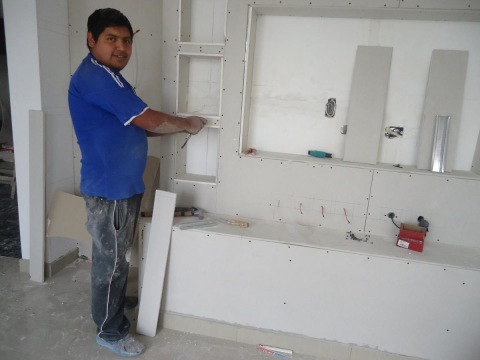 Edwin Marcelo's loan finished fundraising, but these other borrowers need your support

A loan helped to buy a plaster mixer.

Marcelo is 29 years old. He is single and lives with his parents and two younger brothers. He supports his brothers so they can continue in school, something that Marcelo was unable to do due to lack of economic resources.

Marcelo initially started working as a mechanic and, although it was something that he didn't like, he had to continue with it given the economic needs of his family. Some time after that Marcelo met a teacher who taught him an art that he liked very much. Now, for the past 15 years, he has made a living creating decorative figures out of plaster and filling. His art is used as decoration for bedrooms, living rooms, kitchens, parks, streets, etc.

Marcelo will use the money from this loan to purchase a plaster mixer which will make it easier and faster to produce his art. In this manner he will be able to accelerate his production and increase his earnings so he can continue supporting his parents and brothers.