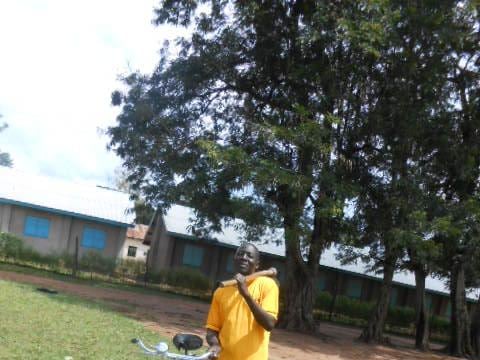 A loan helped to buy hybrid maize seeds and fertilizer for his farm.

Bonface is 49 years old and a married father of twelve children. The family lives in Teso District, Kenya. He is often described by those who know him as a very reliable person.

Although Bonface has been a farmer for seventeen years, he is new to Kiva's field partner One Acre Fund and decided to join this year because he wanted to have access to its quality training and acquire new farming methods. He chose to represent this eight-member group because he wanted to help more farmers.

On the group’s behalf Bonface has applied for a 46,470 KES loan to receive farming inputs to plant maize on a total of 3.75 acres of land. Even though Bonface decided not to, three of the farmers in the group will be purchasing a solar light as part of their loan package.

With the profits earned from this season’s harvest, Bonface hopes to be able to send his children to school.