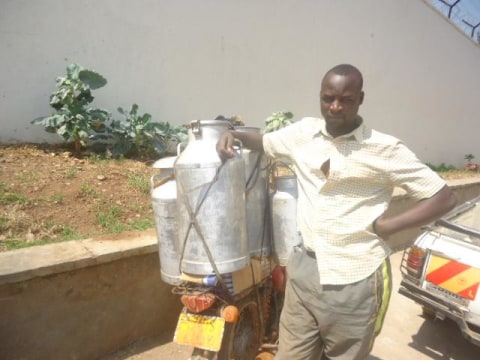 A loan helped to finish constructing his house by plastering it.

Stephen used the previous loan to buy timber to use in constructing his house. He owns a business of selling milk and has been doing this work for over six years, collecting the milk from several farmers in his village and transporting it to town and selling it to his customers. In addition, he also sells green leaf as a way of boosting his income.

He has a duty of paying school fees for his children, and his major challenges are drought, which reduces milk production, and price fluctuations, all leading to delayed growth.

Stephen has asked for a loan to finish constructing his house by plastering it.