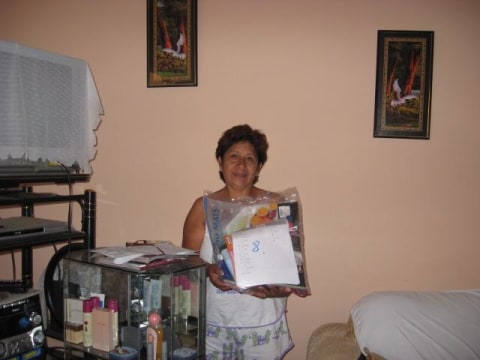 Dora Sabina's loan finished fundraising, but these other borrowers need your support

A loan helped The purchase of beer and sodas, as well as beauty products.

Mrs. Dora Sabina Beltran D. V. is 50 years old and lives in the settlement of Aurora Diaz, district of Salaverry, province of Trujillo, in the region of La Libertad, Peru. She studied to be a nurse’s aiD., but did not complete it owing to the fact that she became pregnant and dedicated herself to her home. She has three children of which one is financially dependent on her. Dora is in the sale of beauty products and beers. She started selling clothes three years ago and later started selling beer, and for one year she has also been selling beauty products. With the earnings she obtained she bought a display cabinet for displaying her beauty products. She runs her business in her home.