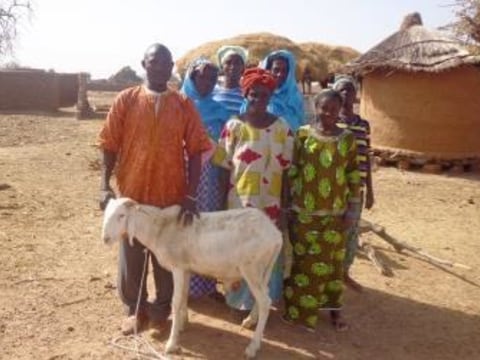 A loan helped to breed rams for sale.

M’pè is a 48-year-old, uneducated Malian. He has his hands on the ram. He is a ram breeder. He is married and the father of ten children whose ages range between three and 23 years old; four children attend school. His wife is a housewife. M’pè relies on the microcredit institution RMCR because his personal contributions are insufficient. He makes his sheep purchases and sales at the surrounding markets. The profit made from his business will help him to pay for his family's expenses, such as health, food and education fees. M’pè has a good reputation in the village and repays the loans he takes out through RMCR as agreed. He would like to have other loans to grow his sheep breeding business, become the most well-known breeder in his village, and provide for his children's future.