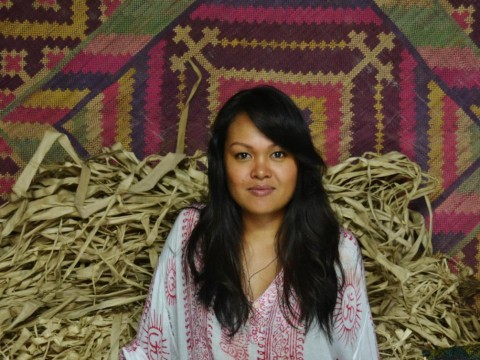 A loan helped to provide her community of weavers with a stable income, and to pay for materials needed in making native bags from seagrass.

Renee is a Filipino designer who works with women weavers from 50 villages in Eastern Samar to manufacture and export high-quality bags made from Pacific seagrass.

In 2013, Renee borrowed PHP 1,008,000 from Kiva through NWTF to fund the manufacturing operations and support her community of weavers. The additional funding enabled Renee and her weavers to make improvements in their workplaces, scale-up their production and deliver finished goods on time. Things were starting to look up for this community.

On November 8, 2013, Super Typhoon Haiyan, the strongest tropical cyclone ever recorded, made its first landfall in Guiuan, where Renee and many of her weavers lived. The whole town was flattened and many structures were swept out into the Pacific Ocean. Although it was the hardest hit, the pre-emptive evacuation of the Guiuan residents to safer locations saved many lives – far fewer than in Tacloban, where Haiyan made it's second landfall.

On its way out of Eastern Samar, before crossing over to Leyte island and Tacloban, Super Typhoon Haiyan swept through Basey, where several groups of weavers were situated. Their workplace structures, including the improvements they had recently made, were all wiped out.

In spite of this devastation, Renee and her community made good on the loan obligation and fully paid it on time. They have spent the past year rebuilding their workplaces and restarting operations.

The road to recovery has been challenging for Renee and her community, but they are proving to be a resilient and determined group of women. They are now ready to scale-up their production and need PHP 405,000 to fund their manufacturing operations. The loan will allow them to purchase and stock more raw materials, especially during the dry season, so that they will have enough raw materials for their production this year.

The accompanying picture shows Renee with the dried seagrass, which is the raw material for her bags. In the background are samples of the woven seagrass that she designed.