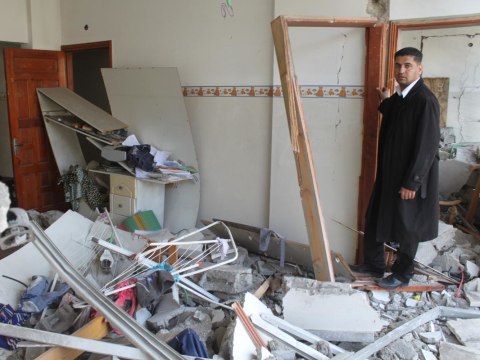 A loan helped to make great improvements to the windows, doors, tiles and paint at his home, and to do other construction work.

Ahmad, 29, is from Gaza. He is married and has two children. He worked as a manager of an association that deals with family development. Ahmad aims to offer a better and easier life for himself and his family, especially after what happened to him after the war in Gaza.

During the war in Gaza, Ahmad left his home, which was attacked. When he went back to his home, he found out that his home was damaged. As a result, he has been forced to get a loan in order to make great improvements to the windows, doors, tiles and paint at his home, and to do other construction work.

By taking the loan, he will have a better home and will live in stability and have a healthier life. Ahmad will be more optimistic, and he offers his warmest thanks and gratitude to those who supported him in getting the loan and being more positive.