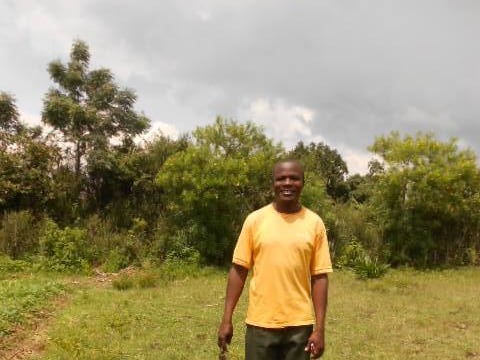 Robert is 33 years old and has 5 children. He has been a farmer for 15 years and is known to be a very experienced farmer. Even though Robert is the only one featured in the photo above, he represents a group that includes 15 farmers in the district of Chwele, Kenya.

Robert started working alongside One Acre Fund a few years ago, in 2011. He decided to do so because he wanted to have access to quality training and acquire new farming methods. Since then, he has seen his life improve; especially in the sense that he has gained a lot of respect in his community ever since. This year he decided to represent his group because he wanted to help more farmers.