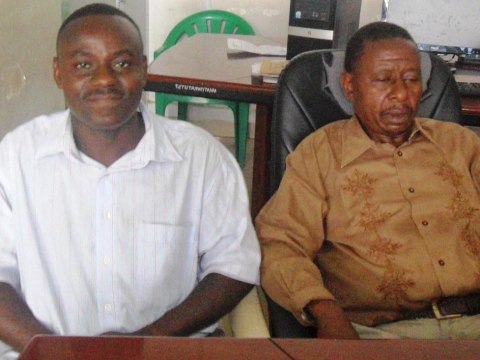 A loan helped to increase his maize stock and general store inventory.

John, who is in his mid-30s, is married with one school-aged child.

He has been running two projects: a general store and buying maize grains to grind into maize flour. He has been in his business since 2003. He works from 6 a.m. to 8 p.m. daily and is able to make a good monthly profit.

This will be John's second loan from Tujijenge Tanzania. He used the previous loan to increase his maize stock, and he opened a general store where he sells his maize flour and other shop inventory. He has managed to repay his loan successfully. He is happy with the loan and appreciates Kiva for the support of their group which is doing great! He used the profit to pay school fees, to repay his loan, and to pay rent for the shop and the house where he stays.

John will share this loan with his loan group Nhc, which has two members, who will hold each other accountable for paying back the loan.