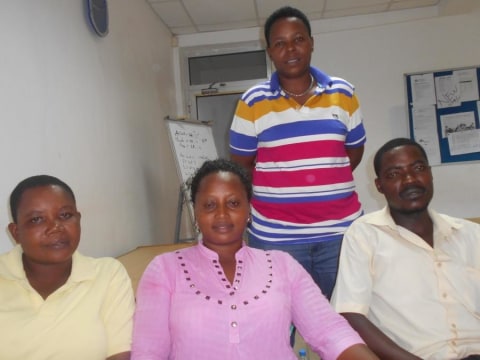 A loan helped to buy more sacks of rice, beans and cans of cooking oil for his business.

Dickson is a married man and a father of three children who are still in school. He owns and runs a food stall selling food to his customers. He normally works from 7 am to 6 pm daily and he's able to make a good monthly profit.

This will be Dickson's second loan with Tujijenge Tanzania where by he used his previous loan to restore the missing items useful for his business. He's happy with the loan and has managed to pay back all his previous loan. Dickson appreciates Kiva for the support given to his loan group which is now doing great.

He used his previous profit to repay his loan, renovated his house, paid school fees and reinvested in the business. He will use this loan to buy more sacks of rice, beans and cans of cooking oil for his business to run as planned. He dreams of owning a hotel someday.

Dickson will share this loan with his loan group "Chiriku" which consist of four group members who will hold each other accountable for paying back all the loan.